THE YIELD CURVE HAS INVERTED FOR THE FIRST TIME SINCE 2006

A yield curve inversion occurs when the rate on long-term treasury bonds drops below shortterm rates. This usually happens because the Federal Reserve is raising the interest rate it has direct control over, the federal funds rate.

Why does this matter? Yield curve inversion has preceded every economic decline over the past 50 years. There are thousands of economic and market indicators, and few have a better track record in terms of signaling a recession

We attribute the recent inversion to two main drivers, and as a result, we do not believe recession is a foregone conclusion:

DOES AN INVERTED CURVE SPELL DOOM FOR THE MARKET?

Our primary focus when viewing economic data is how an individual indicator might affect the market. This is especially true for any indicator with as successful a track record as yield curve inversion.

The below table highlights market performance after the first yield curve inversion in at least 500 days (from Bespoke Investment Group): 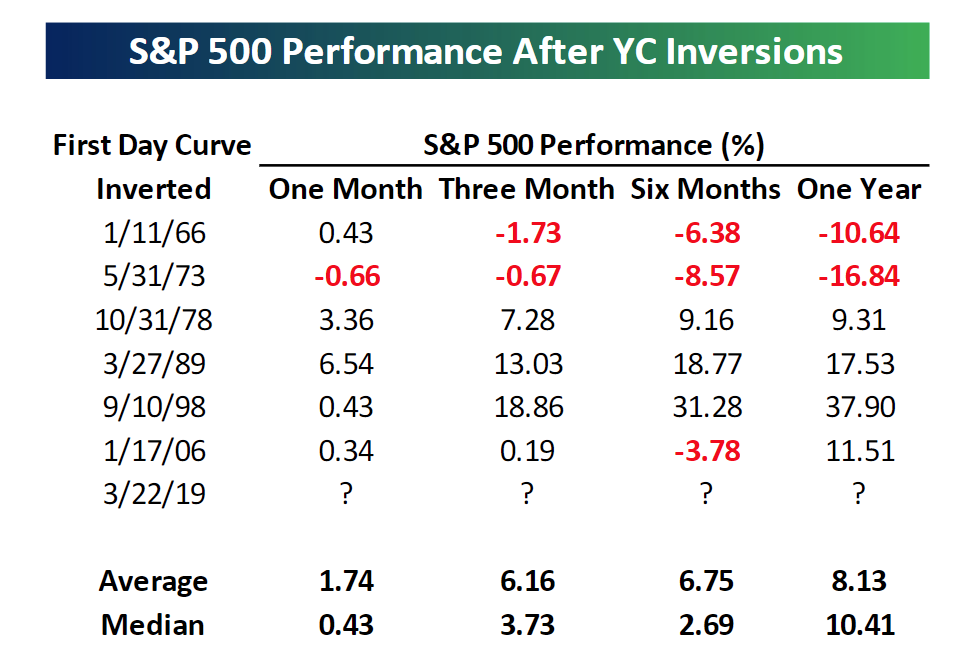 The sample size is small, but the last four times the yield curve inverted the market was higher by at least 9% one year later. Overall, median gains were in double digits.

IS HOUSING THE KEY?

If the economy avoids a recession over the next 12-18 months, we think housing will play a big part.  Let’s look at the housing market framework from a basic supply and demand standpoint.  First, a look at supply. The following chart depicts New Housing Starts, adjusted for the population (from Morgan Housel): 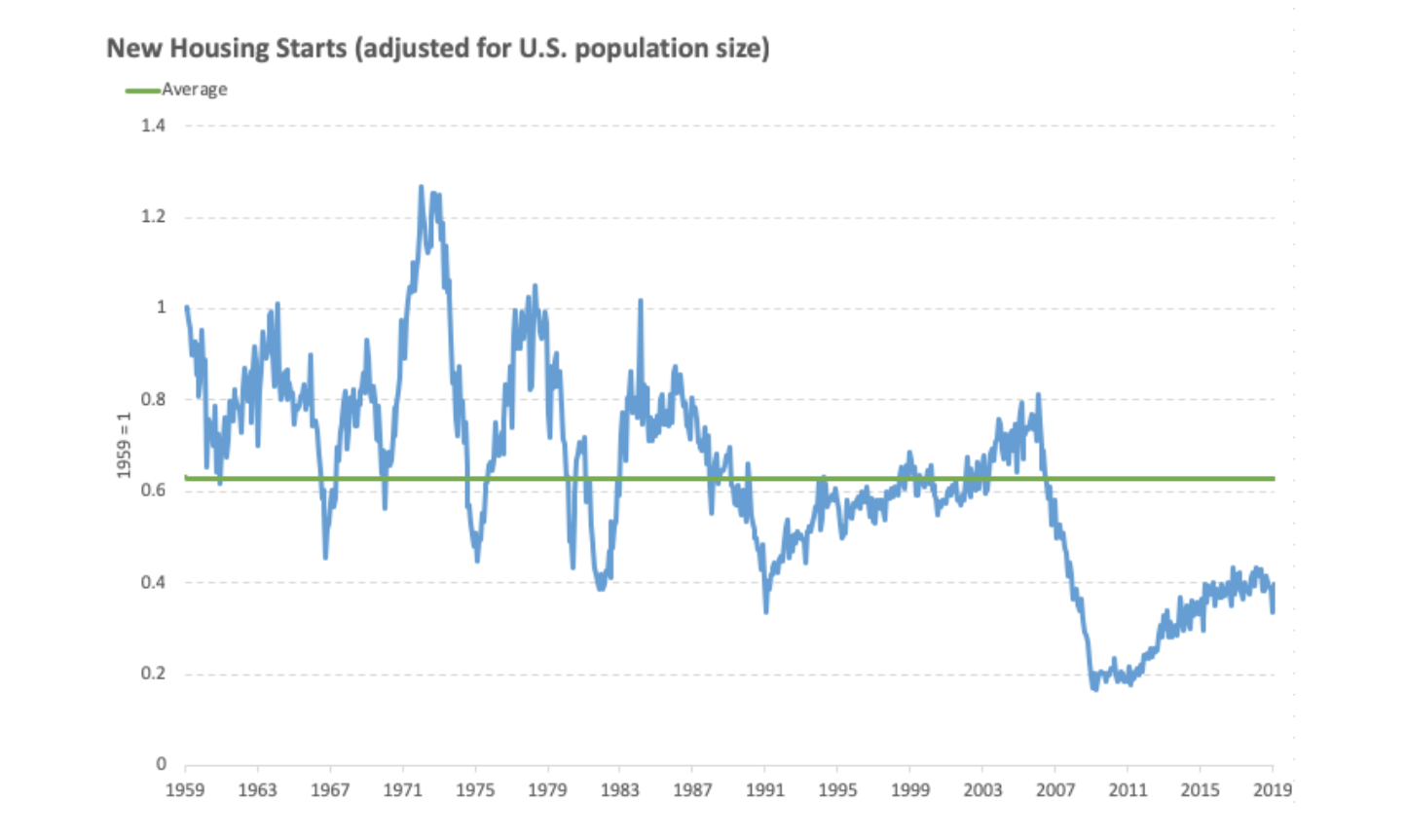 Ten years into the recovery and Starts are still near the bottom of their previous historical range. Even accounting for changes in lifestyle and demographics, there are still not enough homes being built.

Speaking of demographic changes, the Millennial generation is set to take over Baby Boomers as the largest living cohort. More importantly, they are entering the prime age for home buying, a potential increase from the demand side (from Calculated Risk): 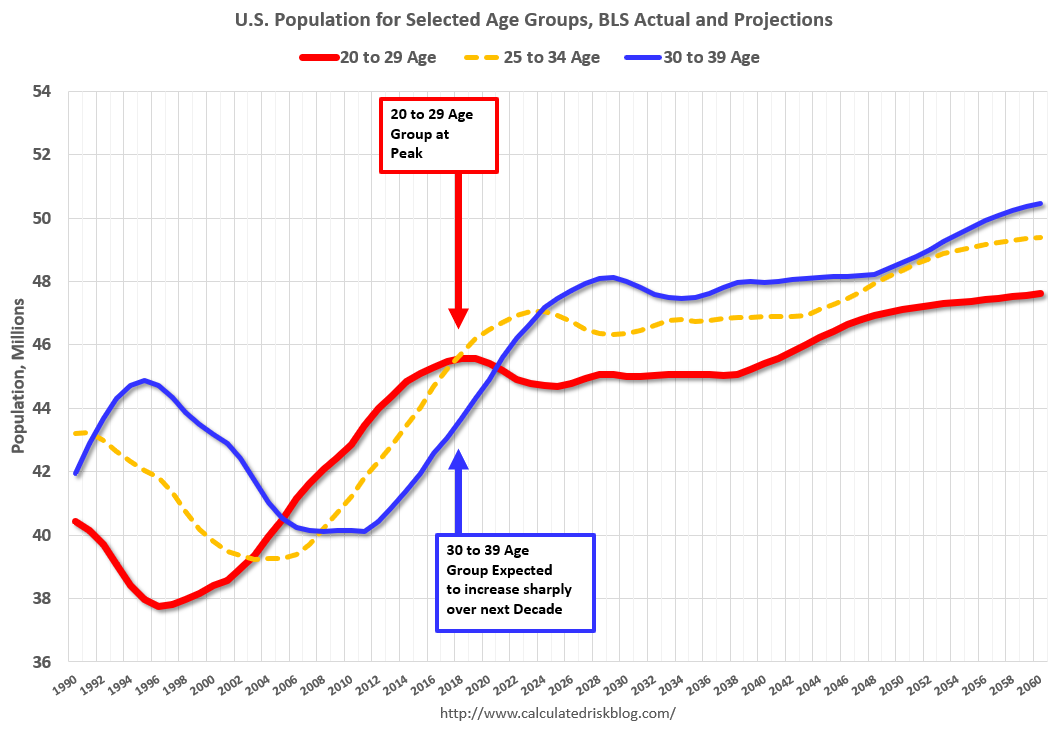 Lastly, the recent drop in mortgage rates could entice a new round of buyers who have been sitting on the sidelines (from YCharts):

ONE LAST POINT Regarding ANY SINGLE INDICATOR

We spent the majority of this article discussing the power of the yield curve as an indicator of recessions. And while it has a solid track record, it is still only one indicator.

MACROCAST™ is built on the principle that, by looking at multiple factors, we can better gauge market conditions and assess the probability of a major market decline. While the yield curve is one indicator we track, there are more than twenty others across the VITALS (Valuation, Inflation, Technical Analysis, Aggregate Economy, Liquidity, and Sentiment). We believe this broader view provides a more complete picture of the environment for risk assets.

As always, we greatly appreciate your business and the confidence you entrust in Corbett Road.

All information is based on sources deemed reliable, but no warranty or guarantee is made as to its accuracy or completeness. MACROCASTTM is a proprietary index used by Corbett Road Wealth Management to help assist in the investment decision-making process. Neither the information provided by MACROCASTTM nor any opinion expressed herein constitutes a solicitation for the purchase or sale of any securities, and should not be relied on as financial advice. The phrase “the market” refers to the S&P 500 Total Return Index unless otherwise stated. The phrase “risk assets” refers to equities, REITs, high yield bonds, and other high volatility securities. Past performance is no guarantee of future results.